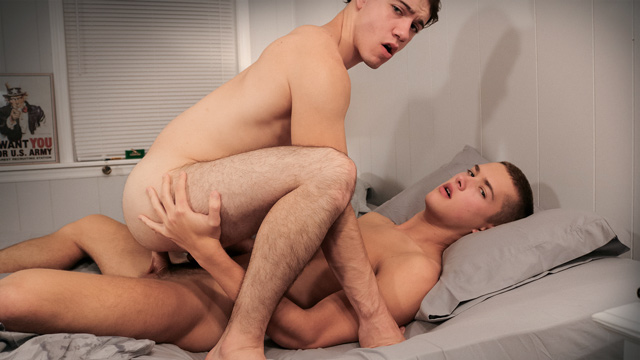 Sean Ford has been working out hard and it shows, his hot bronze body ripples with young muscle as he power fucks Zach doggy style, leaving the bottom biting the pillow and begging for more. Sean whips the raven haired hottie around and slows down for a hot passionate plowing. Slow and sultry our top builds his speed back up and the anticipation drives Taylor crazy in the best of ways till he looses control. Then he looses his hot load. Really! Ford whips out and milks his member all over our “tight end”.